50djs50states.com was created to support the top unsigned indie Artist worldwide from all states worldwide. 50djs50states.com gives you a closer look at some of the hardest working artist worldwide who is looking to gain exposure. 50djs50states.com is an independent movement of Thousands of Artist, Producers, and DJs joining forces to create an ultimate promotional use only push towards success by promoting each other music via social media. 50djs50states.com also has an app called 50artist50statesApp. 50artist50statesApp is made for individual promotion.  50artist50statesApp features include individual social media sharing. Artist can include links from their Twitter, Facebook, and YouTube. 50artist50statesApp also features a buy now button for most established artist who is registered, published and looking to generate some artist revenue, and last but not least we don’t feature any major artist, so imagine getting major like promotion with no major names overshadowing you. ”You have nothing to lose and everything to gain” Join The Movement.

If you would like to really get heard and do it as a worldwide unit. This is perfect for you. Submit a track to 50djs50states@gmail.com or submit@50djs50states.com 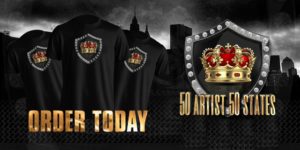 We have over 40+ Social media accounts. Here’s results from ”One Tweet.” 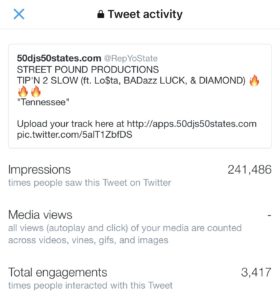 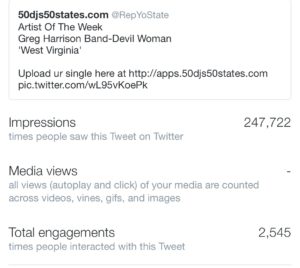 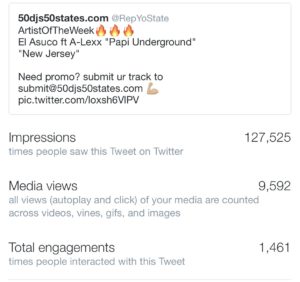 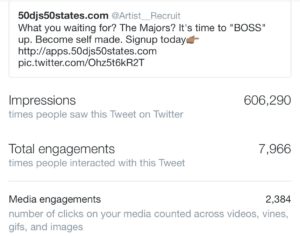 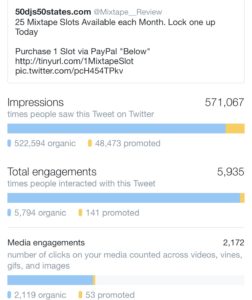 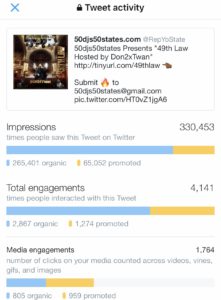 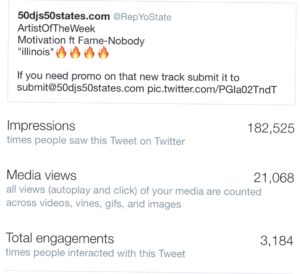 Pretti Emage – Me vs You