Young Toronto-based Hip Hop recording artist Shay-D Kid is one of the fastest rising talents to hit the rap scene.

At the age of only 18 he’s accumulated some pretty impressive accolades that showcases a style, vibe, and a delivery that sounds like no other.

Most recently his NEW single ‘Stylin’ On You’ reached #3 on the UpComing100 Charts as did his previous single ‘Make Money!

Not hard to imagine when you take into account the impressive lyrical arrangements, creative concepts and unique hooks which have garnered him many fans along the way to say the least!

His debut release was selected within weeks by former co-President of Atlantic Records (Ron Shapiro) which landed him a spot on their artist roster for the Talent Agency ‘Pin Up Promotions’.

He was also selected to YoungMoney Unsign Hype Vol.14 and later chosen as a Cover Feature Artist on Vol. 15, 16 and 17 where his NEW single ‘Stylin’ On You’ grabbed the #1 spot on the mixtape.

His tracks have been played on 106.3 Atlanta (and is ‘Most Requested’), Hits93 Toronto, My Urban Tunes Hip Hop, , A.V.A Live Radio, Street Link Radio, Blaze Out Radio & many others!

He’s received MAJOR Features on THISis50 & too many more to list!

Furthermore, he was selected by Thirty86 as their ‘Soundcloud – Artist of the Week’, featured on A.V.A Live Radio, selected as a Top 10 ‘Crowd Pick Favourite’ for New Music Monday’s and selected to the L.A.F Top 10 presented by Blaze Out Radio.

If that wasn’t enough he’s also #1 on the Reverbnation Hip Hop Charts locally, broke into the Top 20 Nationally and entered the Top 125 Worldwide! 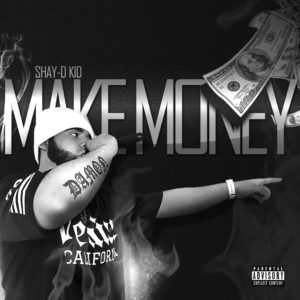 A Hard Day In Dystopia

Cypher Of The Year